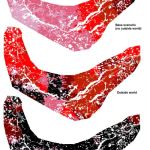 The model is a multi-stand, landscape-level model and operates as an extension of the FVS/Prognosis stand projection model coupled with the multi-stand FVS Parallel Processing Extension (PPE).

This extension to FVS/Prognosis is a non-spatial model that simulates the impacts of Armillaria mellea, Phellinus weiri, and S- and P-type Annosus on the growth and mortality of trees in a stand.

Stand and disease management options, such as clear cuts, partial cutting, planting, stumping, or borax application can affect the spread of the infection. The model simulates the spread of disease patches (“centers”) within the stand. The impact of the disease in the stand is highly dependent on the species composition of the stand, as well as the size and density of the trees, as each tree species reacts differently to infection; some species, such as Douglas-fir, are highly susceptible while others are immune. 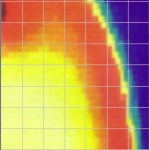 In collaboration with scientists from the USDA Forest Service we developed a spatial statistical model of dwarf mistletoe spread and intensification, linking the model to the Dwarf Mistletoe Model extension of the Forest Vegetation Simulator.