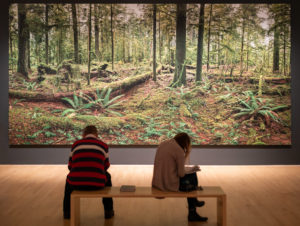 A new paper out September 18 by two ESSA research assistants, Andrew Thompson and Aline Litt, and their former classmates and lecturers, explores a list of 20 actions for conservationists to help achieve a ‘good Anthropocene.’ The Anthropocene is a proposed geological time period in recognition of the significant impact of humans on the earth (including climate change, rapid industrialization, declining biodiversity, and altered land use patterns). A ‘good Anthropocene’ (in which human quality of life may be maintained or improved without cost to the environment) requires fundamental changes to behaviours, values, human-environment relationships, and even worldviews.

The paper emerged from a seminar grad course called “Advances in Conservation Biology”. Coordinated by Dr. Steven Cooke, the course was offered to students in the Ottawa-Carleton Institute of Biology (a joint organization between Ottawa University and Carleton University).